Below is information on our Lydiate Parish hall exhibitions. Contact us for further information....

We are putting on another exhibition of members' work. An ideal opportunity to visit the group and find out more. You might be thinking of taking up art yourself... 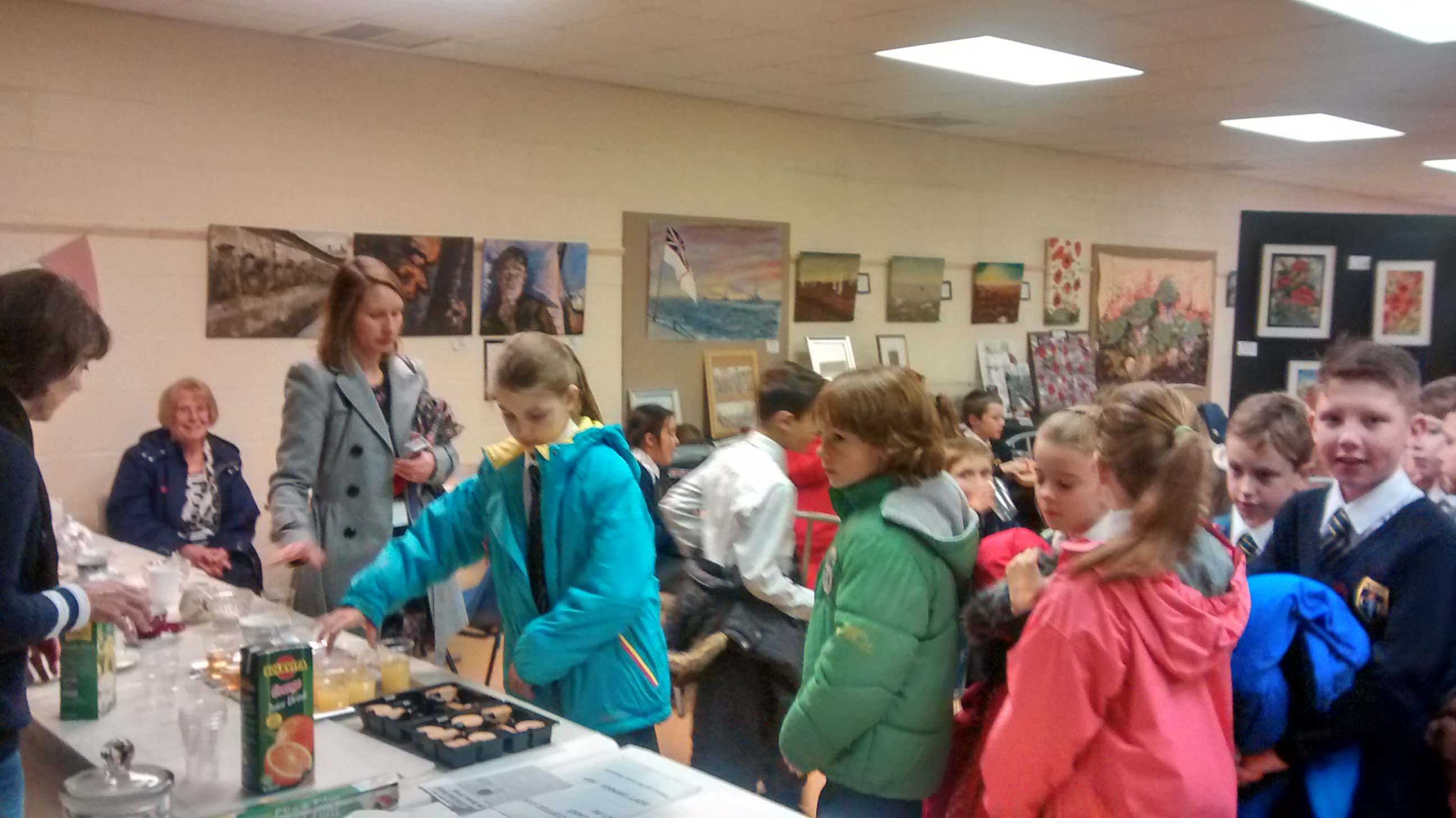 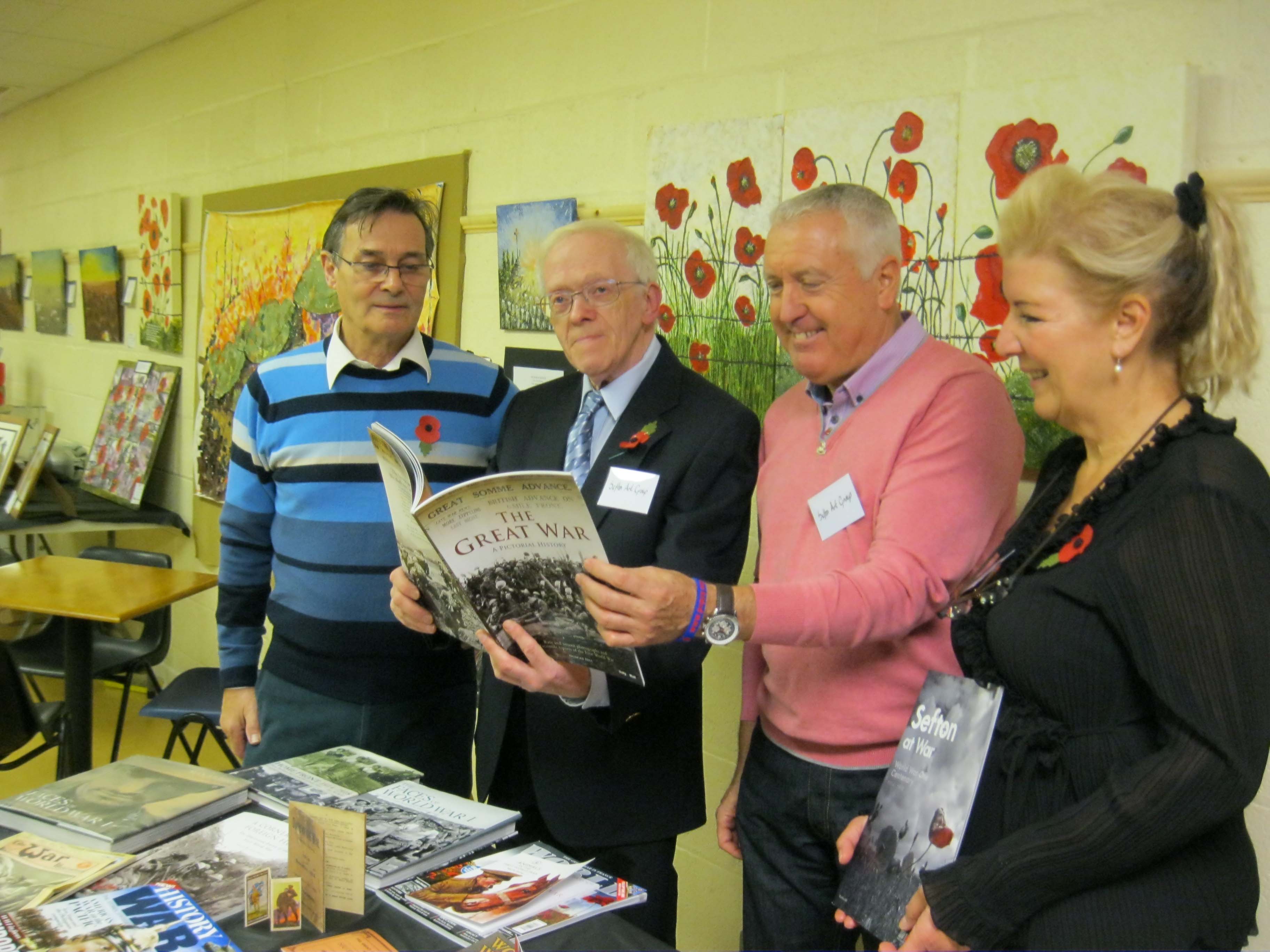 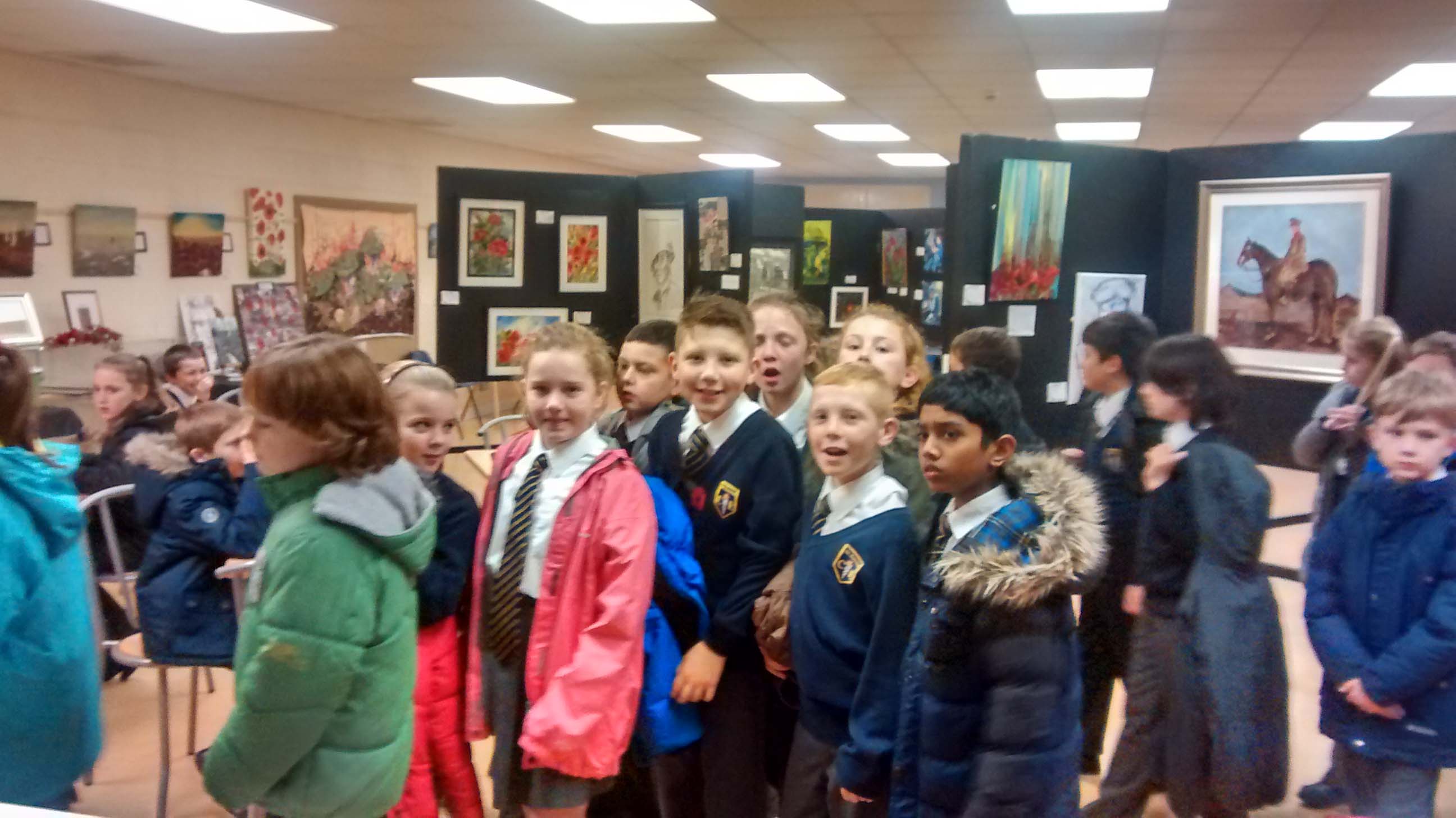 Right. Roy, Gordon, Steve and Hazel at the preview. Left. Local school children who came along to further their knowledge about WW1. 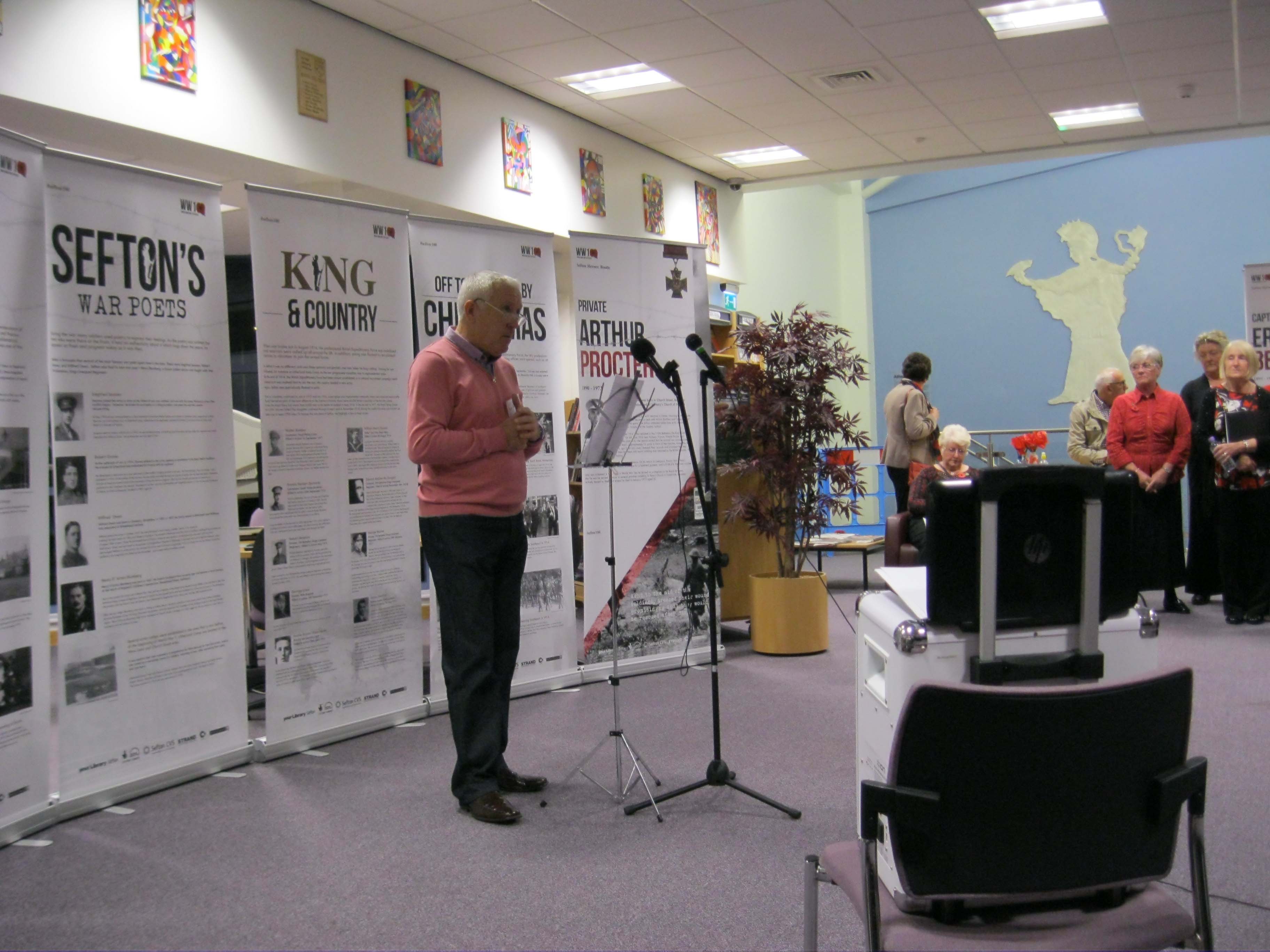 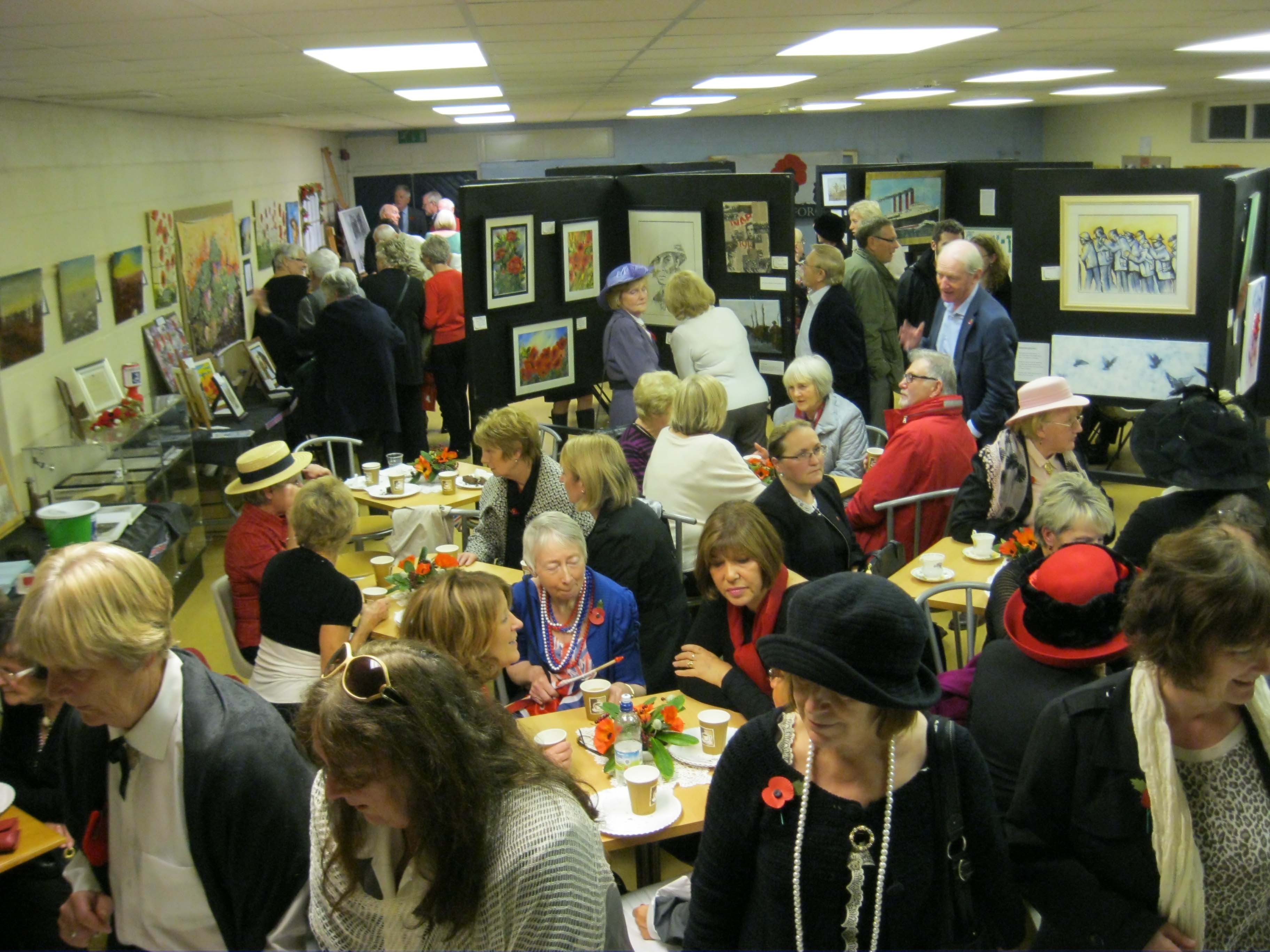 Photo's from our opening evening of the exhibition, which saw the room full to capacity. 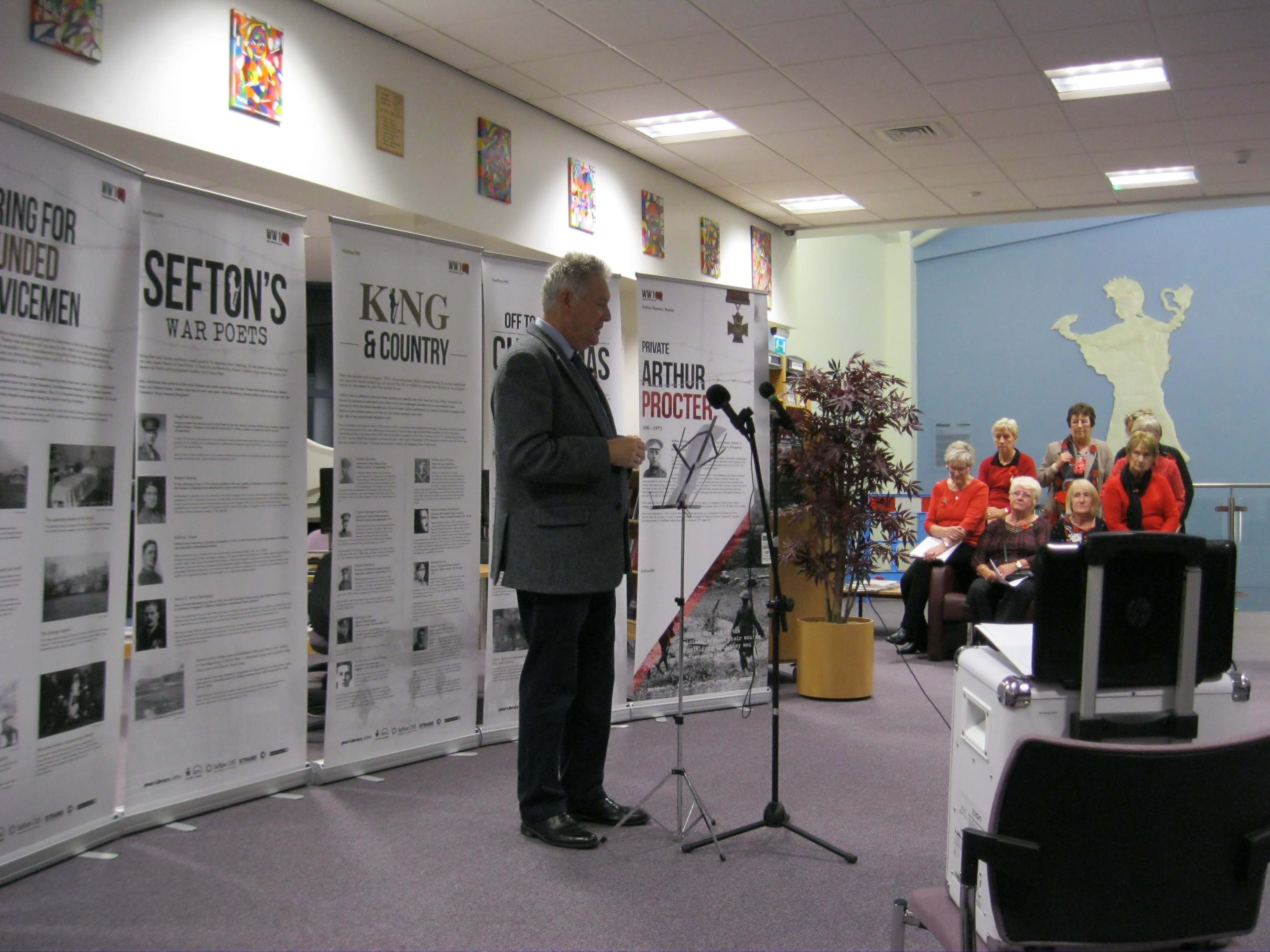 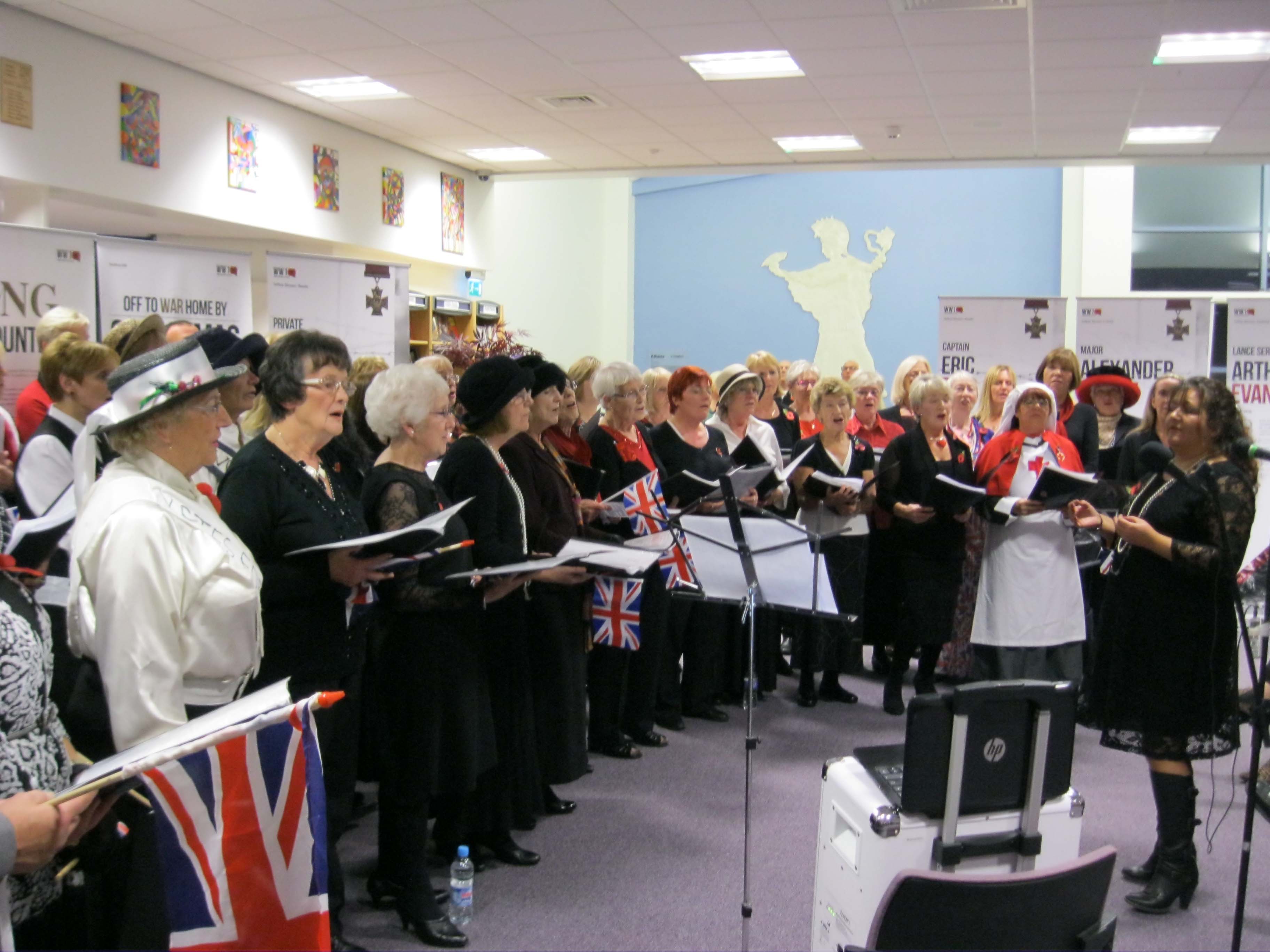 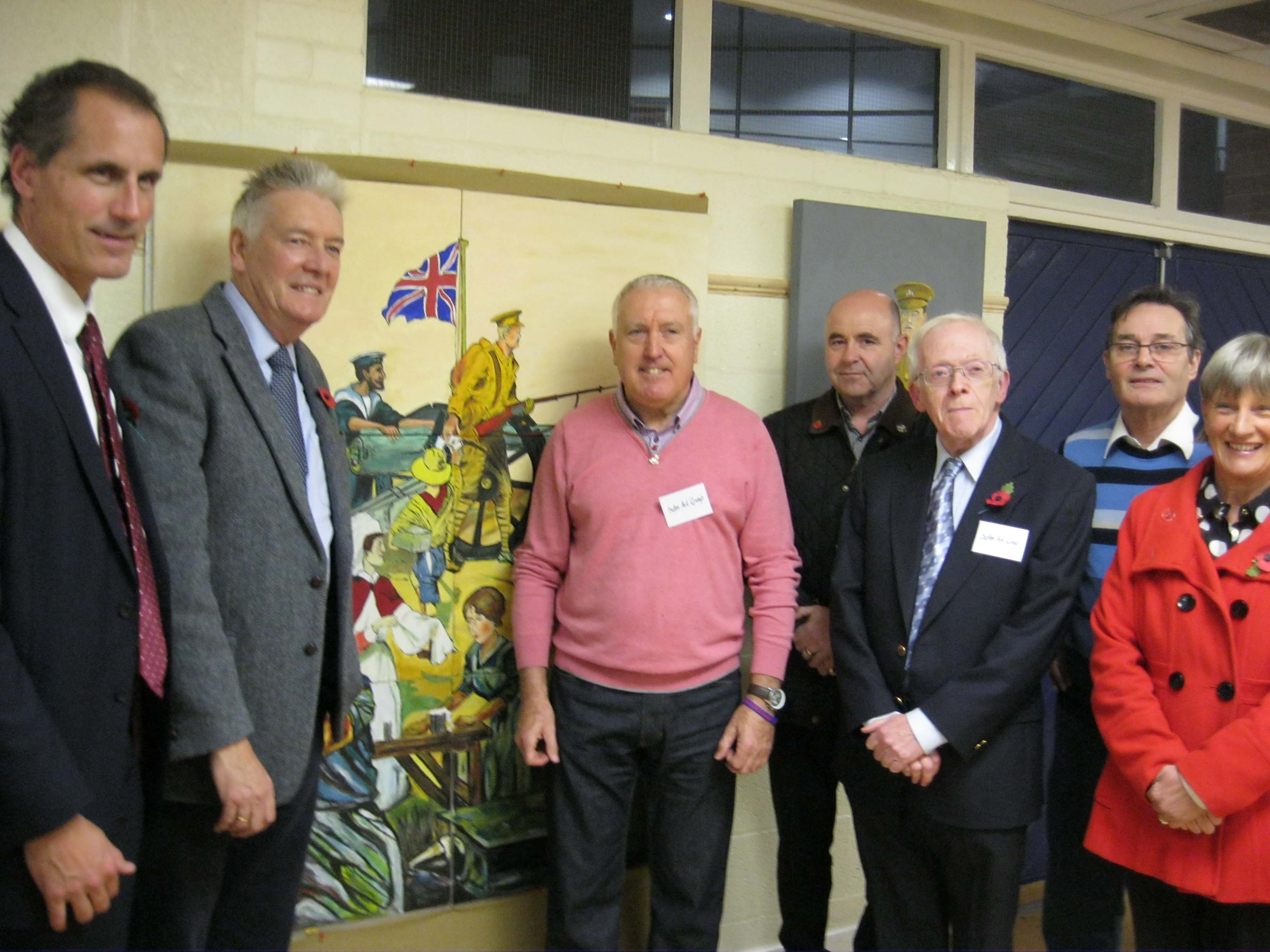 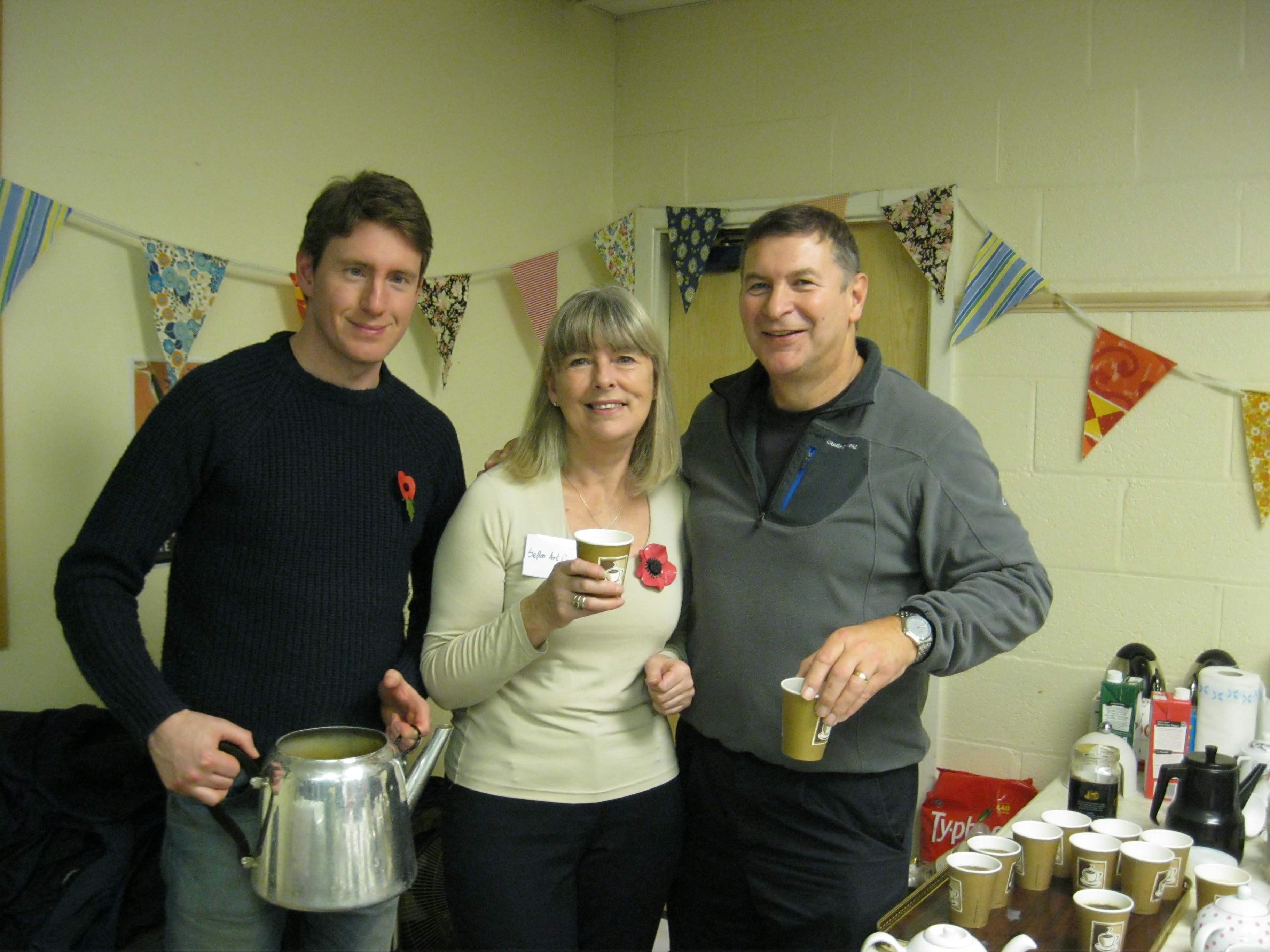 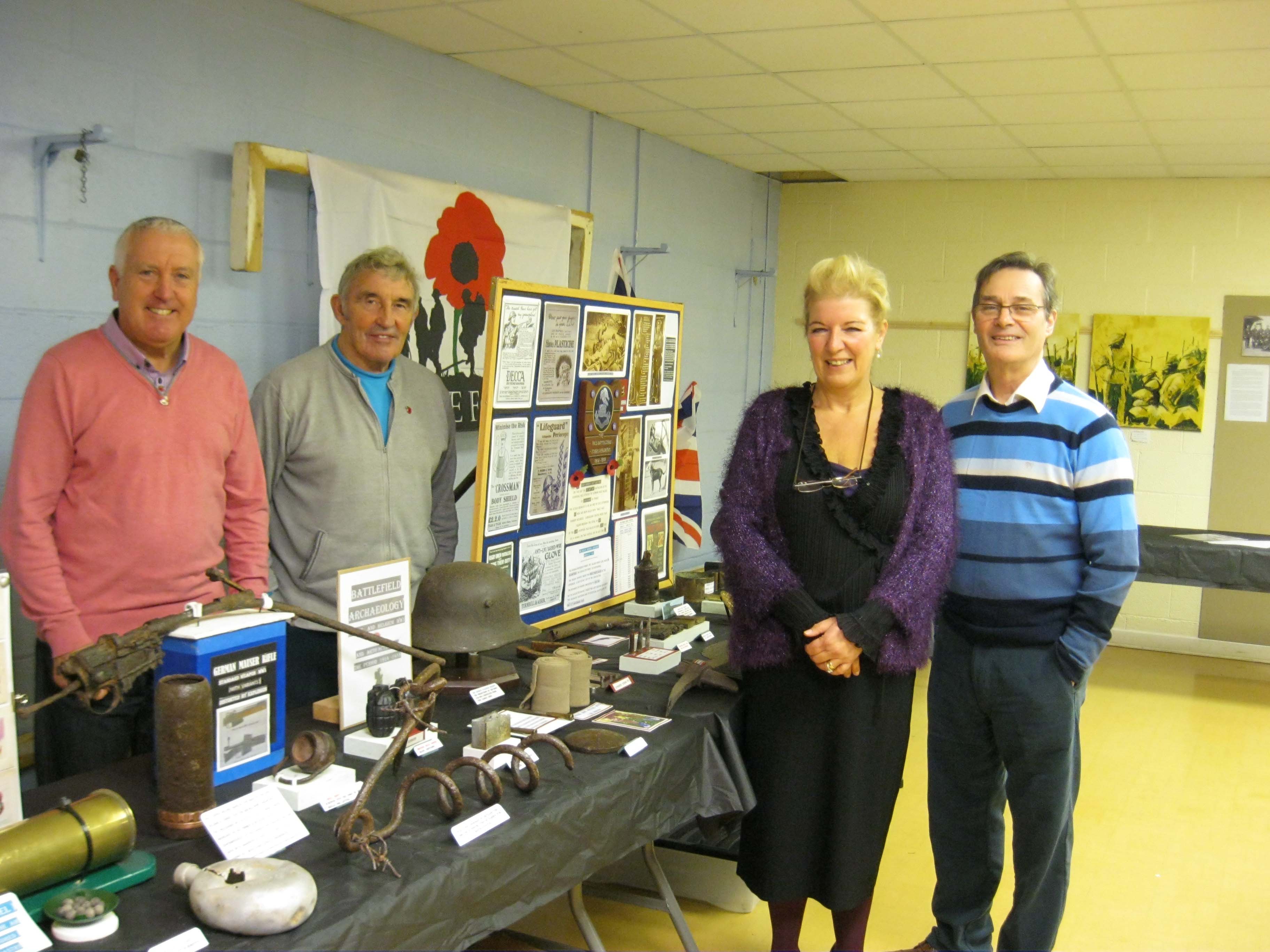 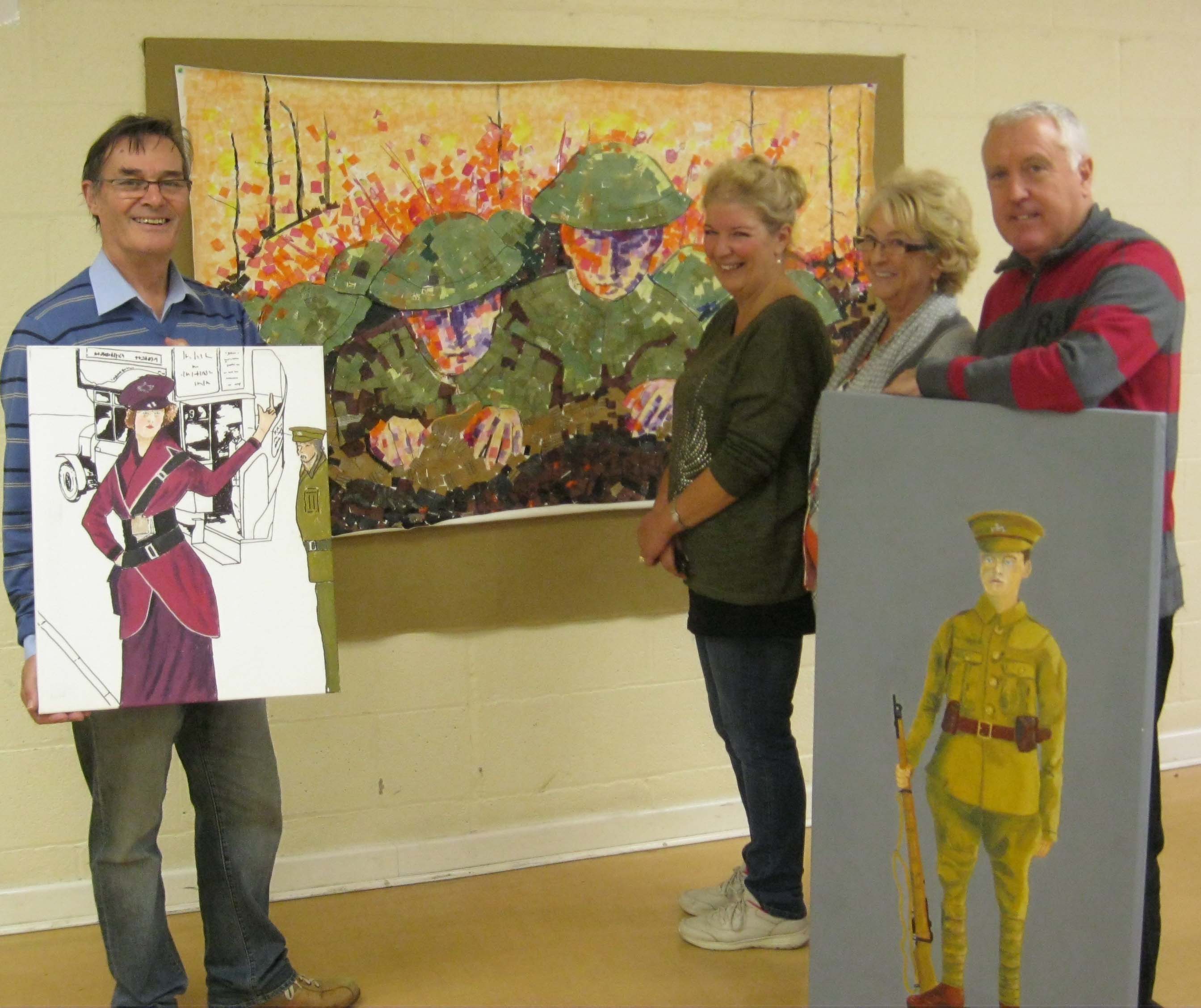 art group members, Roy, Hazel, Carol and Steve, with some of the images featured in the exhibition. There will be over 70 paintings, plus other World War One exhibits to view.


Introduction to our World War One Commemoration and art exhibition.


The Sefton Art Group is proudly staging an ambitious art exhibition to commemorate the outbreak of the First World War. The event takes place at Maghull Town Hall from the 8th of November for ten days and involves the wider local community, including local schools. Roy Munday, who heads the group, explaines. “One of our members, Steve Broadhurst, first proposed the exhibition almost a year ago and the group decided to help with the project. We quickly won the support of Maghull Town Council and it has helped us throughout the planning. Also playing a part is the library, which will be putting on its own exhibition and will link to ours. Pupils from St. Andrew’s Primary school have also played a role by creating dozens of paper poppies which will form a line to link from the library to the Town Hall. The main purpose of the exhibition is to raise monies to help support the Liverpool Pals Commemorative fund and The Royal British Legion.” Roy says: “Tom Murphy, who was commissioned to create the two friezes, came to the group at the Town Hall and gave a talk about the planning of the commission; and Tom has kindly agreed to open the exhibition on the evening of November 7th.” The friezes are now in situ at Lime Street station. The exhibition has also won the support of the Liverpool Pals Association and representatives will also be present at the opening. Steve Broadhurst, who first proposed the event, says. “I have always had an interest in WW1 History, particularly, as my grandfather signed up at the age of 15yrs and served in The Gallipoli Campaign. When I became aware of The Liverpool Pals Commemoration Fund, I was convinced this project was well worth supporting. It is incredible; the stories coupled with the accounts of soldiers who experienced unbelievable and unimaginable conditions none of us can comprehend. The sacrifice they made has given me and our members the impetus to hopefully impart that information and knowledge through art to the youth of our community, ensuring they are aware of the ultimate sacrifice they made.” Members of the group have been busy over the past months in creating paintings. As Roy explained. “The paintings don’t just represent the horror of the battlefields, but also takes a wider view of the conflict, including the role of women who had to step in and do many of the jobs which previously had been done by men, such as working in factories, or working the land to produce food. The exhibition will also feature memorabilia from the war. Another aim of the exhibition is to invite local schools to visit so they can widen their knowledge of the First War as depicted by local artists.” The exhibition at the Town Hall opens on Saturday 8th of November until the 16th, times 10.30 till 4pm daily. Entry is free and refreshments are available.

I have been aware of the plans for this exhibition for some time and I am delighted to have been asked to officially open the WWI Commemoration exhibition, which is a fitting tribute to those men, and boys who made the ultimate sacrifice. In recent years, I have had the great honour to be entrusted with the commissions for the Liverpool VCs and Noel Chavasse Memorial and the new Liverpool Pals Memorial Friezes in Lime Street Station. Next year I will be working on a memorial in Reading for Fred Potts VC focusing on the Gallipoli campaign. A lot of my inspiration for these works comes not from photographs which are but a few, due to censorship at that time, but from the war poets, artists letters and eye witness accounts that tell us of the horror and desperate longing of the soldiers to return to home and loved ones. As we know, many did not return. Now, exactly a hundred years later, we look back and with the benefit of hindsight and of course, our art, we are able to retell the story from the perspective of this time. With our art, we shall remember them. 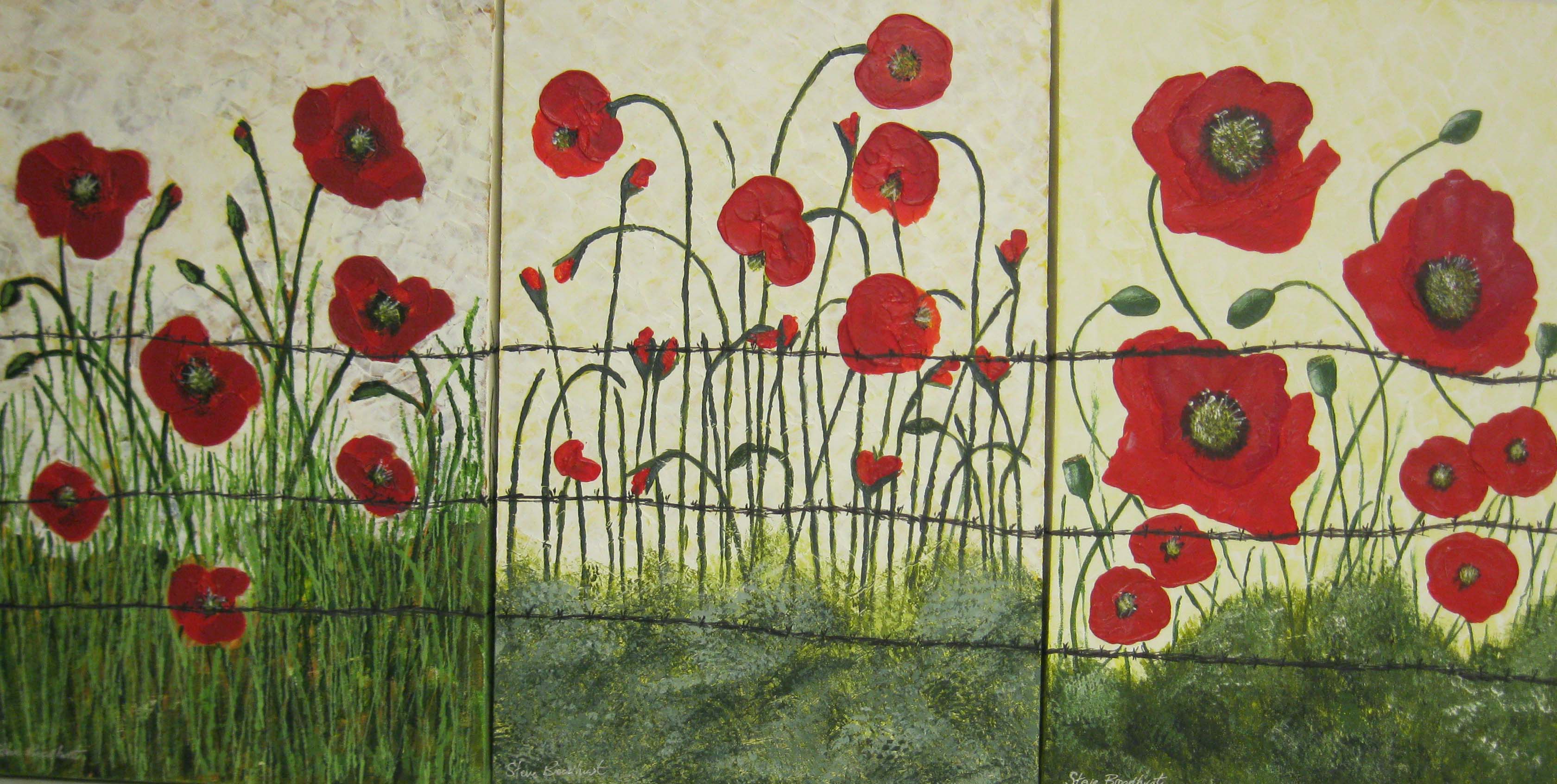 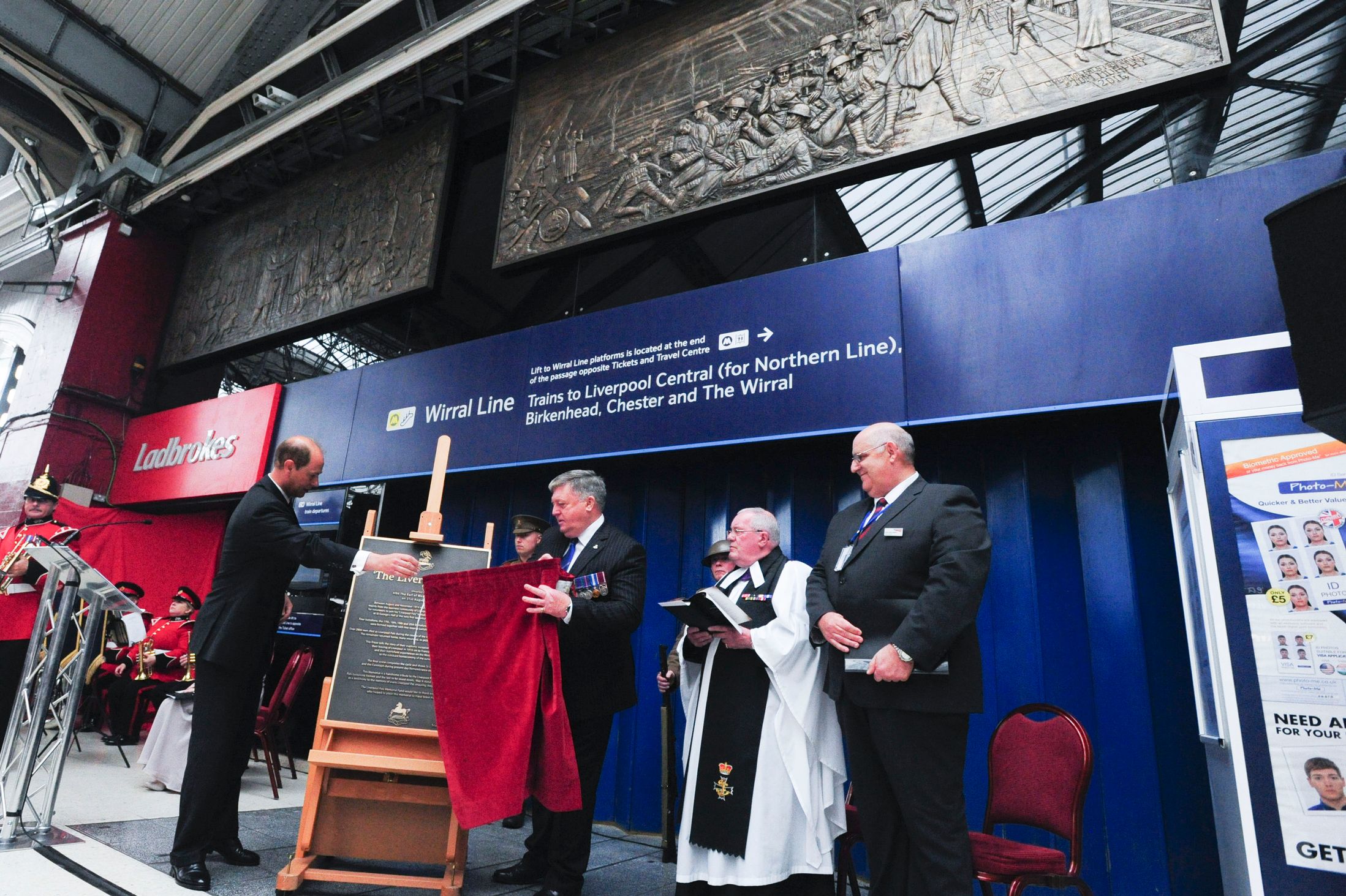 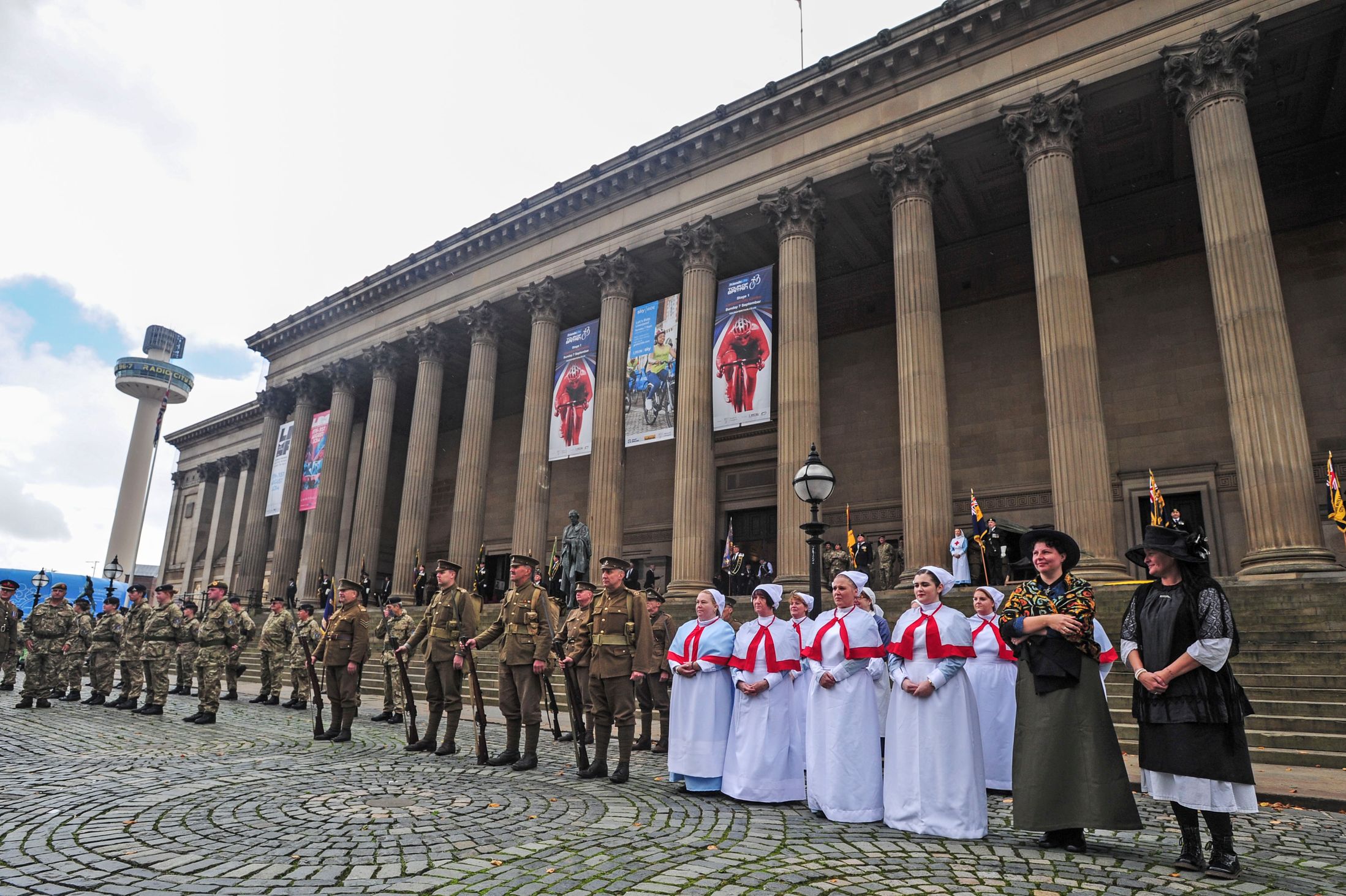 Steve Broadhurst was invited to represent the Sefton Art Group on 31st of August 2014 to see the Earl of Wessex officially unveiling a new memorial to the Liverpool Pals at Lime Street Station. 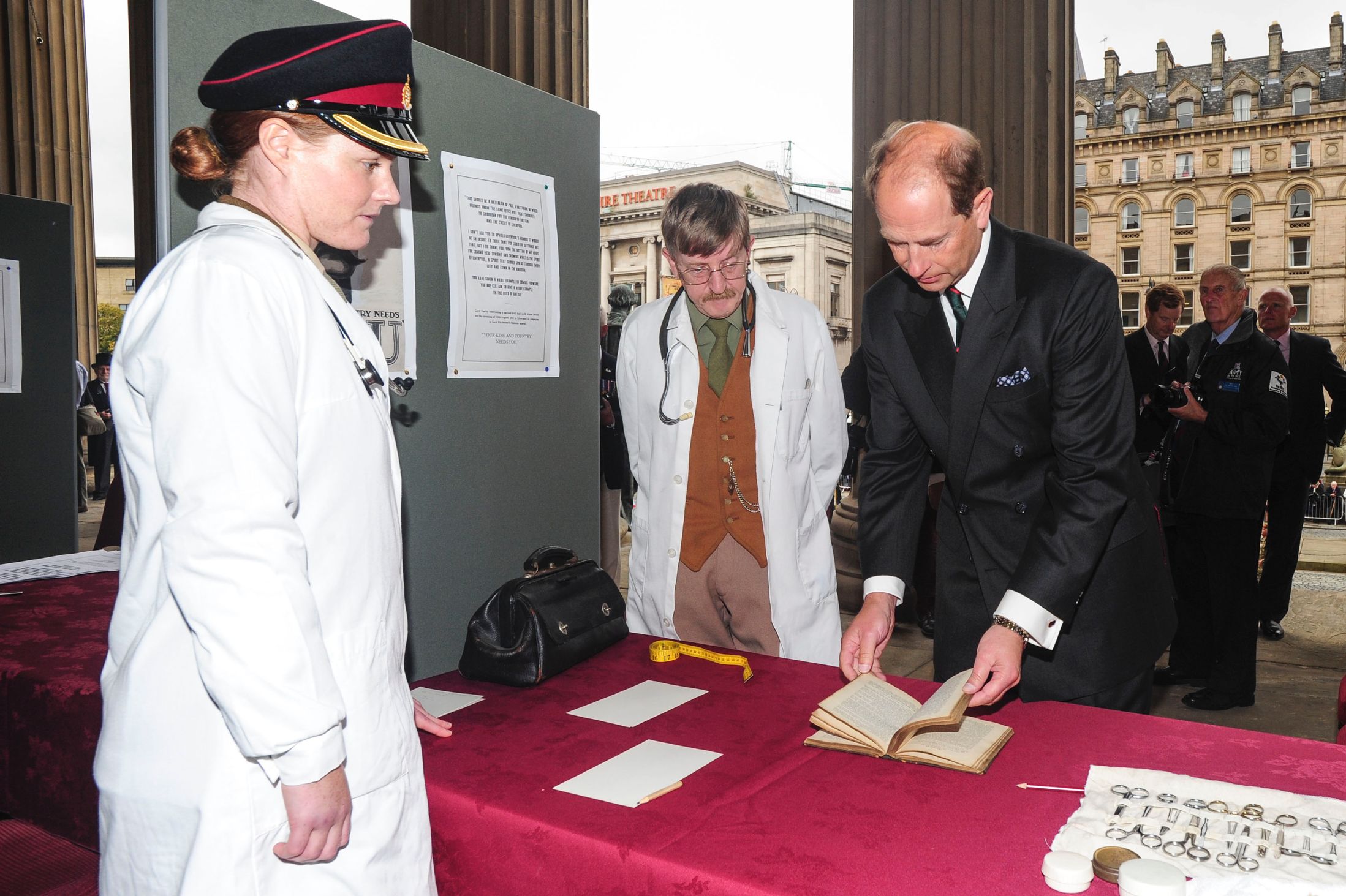 art group members, Roy, Hazel, Carol and Steve, with some of the images featured in the exhibition. There will be over 70 paintings, plus other World War One exhibits to view.